Movies and television shows portray that relationships are mainly for fun and good times.  Once people are getting along well with each other and share enjoyable experiences; friendships will flourish.

Flourishing friendships in some shows progress to marriage and if things don’t work out in marriage, there’s always divorce.  Hence the subliminal message that there is no need for forgiveness and healing in relationships and especially so in marriage.

Does that sound familiar?  Is that the message that has subconsciously soaked into our national psyche?

On September 17, 2012, at the opening of the 2012-2013 law term in Trinidad and Tobago (TT), the Chief Justice Ivor Archie in his address, noted that there were over 4,000 divorces granted and almost 3,000 applications filed for divorce in the previous year.

Could it be that one of the reasons for the alarming increase in the divorce rate in Trinidad and Tobago is the belief that there is no need for forgiveness and healing in relationships?

If married couples are not prepared to ‘stand for any nonsense from their spouse’, is it possible they are missing out on the importance of the sterling qualities of forgiveness and healing in a marriage?  And what about other qualities like respect, patience and perseverance?

Society seems to accept that “no pain no gain” is only limited to either weight loss or body building.  People abhor the idea that pain could somehow be beneficial to our human experience. 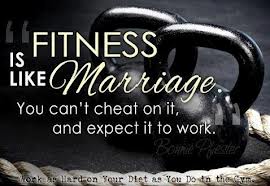 And yet everyday, humans experience pain.  Pain in its many varied forms; physical or emotional hurts, spiritual or intellectual dryness are a normal part of our human existence.

The first phase of our marriage is like a huge bubble of romantic illusion.  We are attracted to specific characteristics in our spouse whom we adore and who can do no wrong.

But as time goes on and we face the stresses of daily life, that bubble of romantic illusion burst and we come face to face with the human being who is our spouse, faults and good qualities all rolled into one.  Suddenly the things that he or she does or says that used to be ‘cute’ become a bother.

For husband and wife the priority become working to provide the trappings of a happy marriage:  the house, the car, the money to take overseas vacations, party in the hottest all inclusive fete or attend the most talked about concert seated in the VVIP section.

Of course if a baby comes along, that adds another set of duties, activities and expenses.  And in some instances a baby or two may be there before marriage.

In that busy intense scenario, husband and wife either do not have the time or are too tired to do the “couple” things to maintain that primary foundation relationship of husband and wife.

They however stick it out for some more time until “I can’t take it no more!”  And what is the solution? Divorce!

They will never experience forgiveness and healing and the benefit of a renewed, mature, stable relationship of a lifelong marriage.  How sad!

Couples who need forgiveness and healing in their marriage check out: http://www.HelpOurMarriage.com